WHY CANADA DOESN’T HAVE ATTACK HELICOPTERS 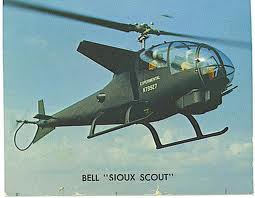 The attack helicopter is one element of a four-pillared tactical helicopter capability common to tactical aviation; the others are reconnaissance, utility, and medium-lift helicopters.

Canada does not have attack helicopters. Why is this, how did we get here?

The Canadian Army’s air force began as a fixed-wing capability using gliders and other airplanes for spotting, reconnaissance, and mobility purposes. That 'army air force' began to include  helicopter-borne units beginning about 1955.

The Canadian Army, like a number of its counterparts, gradually started to developed a helicopter based capabilities. Many armies had opted to build their own such capability because the Air Forces responsible for providing air support to those armies chose to invest instead in other air power needs.

In fact Royal Canadian Armoured Corps (RCAC) doctrine included references to equipping “reconnaissance helicopters… with anti-tank missiles” as early as 1962. Ten years later, RCAC pilots and non-commissioned crew members proved to be key players in the Ansbach Trials, during which the lethality of the missile-laden anti-tank helicopter was demonstrated.

The Ansbach Trials were one of the most realistic experiments ever conducted on the place of helicopters in conventional warfare. The trials’ conclusions pointed to the efficacy and survivability of helicopters as platforms from which one could wage more effective anti-tank warfare and thereby provide enhanced support to ground forces. The transformation of the two-dimensional battlefield into a three-dimensional battle space by the helicopter was on the verge of taking hold in 1972. By virtue of their performance in the trials, Canadian armoured reconnaissance pilots had all the skills needed for Canada to participate in the transformation, and doing so would seem to have been important to those concerned with Canada’s interoperability with the US. In fact finely-honed tactical helicopter anti-tank skills netted the Canadians results that exceeded by an extraordinary margin those realized by the US participants in the trials. Canadian helicopter crews attained a notional ratio of tanks killed to helicopters killed of 41.7 tanks per aircraft lost.

In response to these trials and the new tactics adopted by NATO a significant number of Western militaries undertook efforts to acquire attack helicopters. Interoperability with our allies and NATO strategy demanded the implementation the anti-tank helicopter and adoption of new strategies such as active defence, and, later still, air-land battle. No less than eight other NATO allies set as a goal for their land forces the adoption of air-land battle standards, in which helicopters were to play a significant role. Canada was a notable exception. Neither the Canadian Army nor the “new” Air Force, known as Air Command, pursued to the acquisition phase an attack helicopter.

In time command and control all aviation forces was transferred from the Canadian Army (and the Navy) to Air Command. The disparate elements of Canadian air power found within the Army were gathered together. That post-integration, post unification air force capability dedicated to supporting Canada’s land forces was known as 10 Tactical Air Group.  As a consequence that aviation force grew less and less organic to the Army.

There are reasons that the Air Force took over the “Army Air Force”and 10 Tactical Air Group. The original functional-based partitioning of the RCAF resulting from the integration process did not work. With Maritime Command and Force Mobile Command, Navy and Army officers in general could reasonably expect to rise to command their own service at the rank of lieutenant-general or vice-admiral. The same could not be said for Air Force officers who may have aspired to three stars, since the aforementioned partitioning and integration only served to close such doors for them. Essentially Maritime Air Group and 10 Tactical Air Group belonged to the Navy and the Army; as such Air Command was not as large an organization as the "Army" and "Navy". Needless to say the Air Force (of what ever name) could not long abide this state of affairs and all of Canada's air resources, regardless of their previous army, navy or air force affiliation, were organized under a single Air Command in 1975. This was the end of any real Army influence on the Air Force, and the signaled the loss of any official Air Force desire for attack helicopters.

Was it that the Attack helicopter was not relevant to an evolving Canadian Army? Or, was the helicopter seen as a threat to the traditional combat arms (artillery, armoured, infantry, and service corps) in Canada?

The artillery, armoured corps, infantry, and the Royal Canadian Army Service Corps (RCASC) competed amongst themselves for shrinking funds needed to help them meet their overall interoperability aspirations. This type of competition is natural in any organization, especially the military. Attack helicopters were seen as a threat to the existing order. The attack helicopter could be seen as a threat to the artillery’s long-range indirect fire role. What did the Canadian Army’s tank corps think of reports that the helicopter served as a better anti-tank weapon than the tank?  As long as the army and its components remain wedded to traditional war fighting methods there seems to be little interest in implementing helicopter innovation in the Canadian Army.

As has been noted “The natural evolution of the Canadian Army’s “air force” came to an end in September 1968”.  Had that not happened it is likely that, as in other armies, a separate aviation corps would have been formed. Such an organization would have been able to compete with existing arms, such as armour and artillery, for funding. It would have been able to offer a career path to officers who chose that branch with all the organizational advantages that implies. As it is, there is no branch of the Canadian Armed Forces which is currently interested in acquiring attack helicopters.

It is possible that this situation may change.

The last heavy lift helicopters, Ch-47 Chinooks, in the Canadian Forces were sold in 1974. It is often reported that “the Mulroney government sold them to the Netherlands”. Somehow I don’t see Brian Mulroney shouting “sell those damned helicopters” across a cabinet table. In fact the Air Force sacrificed them on the altar of budget cutting having determined by themselves that heavy lift helicopters represented the capability that they least needed.

Tactical aviation and “Army style” helicopters came to be represented by the acquisition of Ch-146 Griffon utility helicopters. These aircraft had limitations. Unarmed and with no modern reconnaissance electronics their troop and cargo lift capacity was limited. They could, however, be acquired in reasonable numbers and one hundred were purchased.

With Canada’s engagement in the Afghanistan war our limited helicopter capabilities became obvious. The Army, and the politicians, demanded some kind of helicopter support for our troops in the field. The Air Force was determined that the conflict should not be an all Army show with all the extra funding directed to that service. It was announced that the Griffon helicopters, although suitable for use in Canada, were not capable of being used in Afghanistan. Instead a contract for new Ch-47 Chinook helicopters was signed with Boeing. When it became obvious that Canada’s procurement system could not acquire these new aircraft in a reasonable time frame six used Chinooks were purchased from the U.S. Army. Shortly after a contract with Boeing for new Chinooks was signed it was discovered that Ch-146 Griffons could indeed fly in Afghanistan and suitably equipped and armed they were dispatched to the war zone to fly escort for our new (used) heavy lift helicopters. The Air Force was able to form a Wing of sorts with drones, fixed wing aircraft, helicopters and leased Russian models and get in on the action.

There may be unexpected consequences to the Air Force strategy. As it stands now, with maritime, search & rescue, utility, and heavy-lift helicopters in the inventory there are probably more helicopter then fixed wing pilots in the Air Force. Certainly there are far more helicopter pilots then fighter pilots and those helicopter pilots will have seen as much combat as our jet jockeys. As these pilots are promoted to positions of authority within the organization they will begin to influence procurement decisions.

Canada does not have attack helicopters. It is not because we don’t need them. In fact nobody really knows if we need them or not. No branch of the Armed Forces has ever really been interested in studying the matter and trying to determine if attack helicopters would meet Canadian needs.

It may be that in the future we will acquire attack helicopters, but it is unlikely that it will be because anyone has objectively determined that we need them or how many we need, or how much they should cost or what capabilities they need. Given our prior history it is much more likely that a new “helicopter mafia” within the Air Force will succeed in out maneuvering the “fighter mafia” in some upcoming budget battle with the result being that the Canadian Armed Forces will get into the attack helicopter business.
Posted by JGM at 16:24

CANADIAN DEFENCE MATTERS IS PRODUCED BY J.G.MURRAY, A READER, WRITER, BLOGGER, AND PHOTOGRAPHER OF ALL THINGS MILITARY. COMMENTS, SUGGESTIONS, COMPLAINTS & CRITICISMS CAN BE ADDRESSED TO canadian.defence.matters@gmail.com WHERE THEY WILL RECEIVE THE ATTENTION THEY DESERVE.